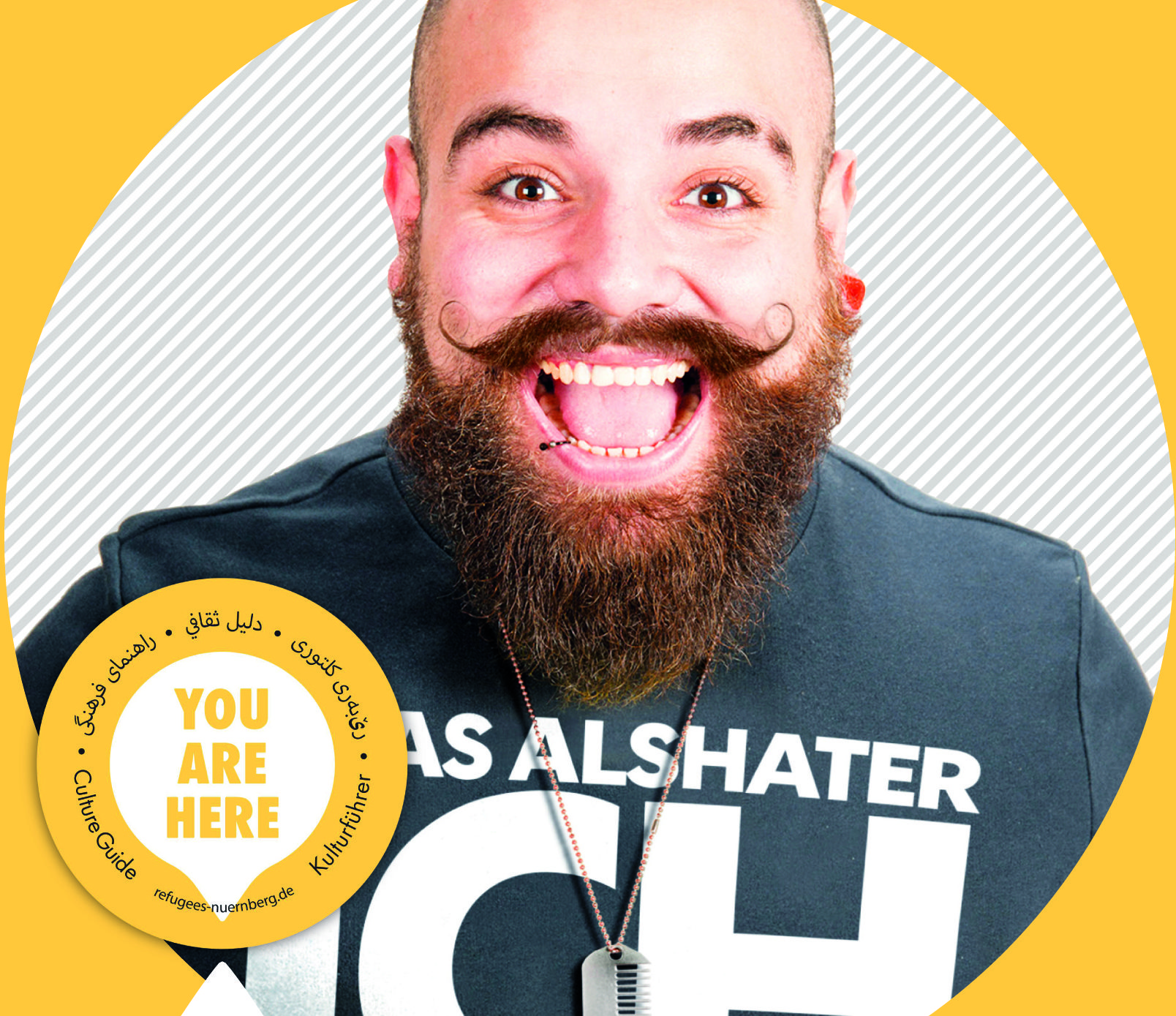 The Refugees Nürnberg e.V. ● YOU ARE HERE Team is so excited to welcome Firas Alshater as a guest in Nuremberg.

Firas Alshater is just a normal guy from Berlin with a hipster beard and glasses, a  comedian and successful YouTuber. The only difference, until two years ago he was persecuted for his political videos in his home country Syria. He was arrested and tortured by the Assad regime as well as by islamists. His film work then helped him to finally get a visum for Germany and Firas entered the biggest cocoon in the world: the West. Since then, he is trying to understand the Germans: the deposit system, private mail boxes, ticket machines and the German language. Firas writes about his experiences in Germany and Syria in a very humorous, tragicomic, open and charming way.

How to get there